The Best Lawyers in America recognizes Kevin Marks for Admiralty and Maritime Law, and Jerry Melchiode was listed for Construction Law. Recognition by Best Lawyers is based entirely on peer review, with a methodology designed to accurately capture the consensus opinion of leading lawyers about the professional abilities of their colleagues within the same geographical areaRead More 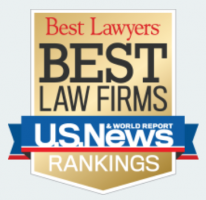 The Industrial Auctioneers Association (IAA) has asked MMK’s Rich King to keynote at its 23rd Annual Conference to be held from November 16 to 19, 2017 in Los Cabos, Mexico. The IAA is the world’s first and only association comprised solely of industrial machinery and equipment auctioneers. Mr. King is expected to address legal pitfallsRead More

Congratulations to Jerry Melchiode, Kevin Marks, Rich King, and Renee Melchiode,who were selected and named as Top Attorneys for 2017 by New Orleans Magazine! 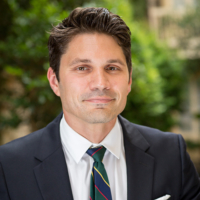 James “J.J.” Reeves was recently sworn into practice in Florida.  He is also licensed in Louisiana. J.J. is among MMK’s experienced trial attorneys, who collectively practice in federal and state courts throughout the Gulf South, including Louisiana, Texas, Mississippi, and Florida.

MMK Wins in a Construction Arbitration

Jerry Melchiode and James Reeves prevail in an arbitration on a breach of contract action for a roofing client seeking overhead and profit due to a termination for convenience. The matter was arbitrated through the AAA. The award was confirmed by the district court after defeating a challenge to the award alleging errors of lawRead More

MMK recognizes Jerry Melchiode’s induction into the Construction Lawyers Society of America (CLSA) as a fellow. The CLSA is an “invitation-only, selective and limited membership international association of the world’s best construction lawyers. The composition of the CLSA is aggressively diverse, with recognition of deserving, experienced and highly qualified lawyers across all practices relating toRead More

The College of Workers’ Compensation Lawyers recently featured as an article of interest, “The Ethical Obligations of Counsel Representing Parties Under the Longshore and Harbor Workers’ Compensation Act,” 14 Loyola Maritime Law Journal 251 (2015), co-authored by Tommy Dulin and MMK’s Kevin A. Marks.  The law journal article discusses ethical consideration in practice under The LongshoreRead More

Ben Pri-Tal joins the MMK team as a new associate. Ben has litigated cases in courts throughout the state of Louisiana, and uses his scientific expertise to explore the technical underpinnings of his cases in addition to the legal aspects.  Prior to practicing law, Ben worked in research and lectured at both the university andRead More

Affirmation by the Louisiana Fourth Circuit Court of Appeal puts an end to a defamation suit filed in December 10, 2002. MMK successfully defended against the plaintiff/appellant—a highly compensated executive with a large health care provider—who sought $10,000,000 in damages, claiming his reputation was permanently ruined by the defamatory statements made by the defendants. MMK’sRead More

The Claims and Litigation Management lliance (CLM) announced Melchiode Marks King LLC as sponsor for the 2017 CLM Annual Conference in Nashville on March 29-31, 2017. Approximately 2,000 claims professionals and outside counsel are expected to attend the largest insurance claims conference in the country. In addition to the plentiful networking opportunities, there will beRead More

MMK’s gift and donation to the Second Harvest Food Bank assisted with providing 3,000 meals to families throughout South Louisiana during the 2016 holiday season. 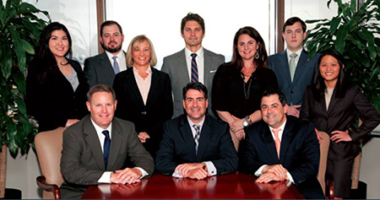